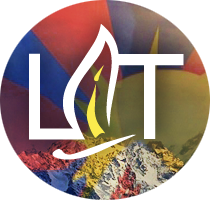 Welcome to LIT in McLeod Ganj

McLeod Ganj (also spelt McLeodGanj or Mcleodganj) is a suburb of Dharamsala in Kangra district of Himachal Pradesh, India. It has an average elevation of 2,082 metres (6,831 feet). McLeod Ganj was named after Sir Donald Friell McLeod, a Lieutenant Governor of Punjab; the suffix ganj is common Hindi word for “neighbourhood”.

Situated on the Dhauladhar Range, whose highest peak, “Hanuman Ka Tibba”, at about 5,639 metres (18,500 feet), lies just behind it, it is known as “Little Lhasa” or “Dhasa” (a short form of Dharamsala used mainly by Tibetans) because of its large population of Tibetan refugees. The Tibetan government-in-exile is headquartered in McLeod Ganj.

Mcleod Ganj is a hill station near Dharamshala. When travellers talk of staying in Dharamsala, McLeod Ganj is usually where they actually mean. Three kilometres north of Dharamsala proper (or 10km via the looping bus route), McLeod Ganj is the residence of His Holiness the 14th Dalai Lama and home to a large Tibetan population.

McLeod Ganj attracts thousands of international visitors, many of them volunteering with the Tibetan community, taking courses in Buddhism, meditation or yoga, trekking in the Dhauladhar mountains. The town is also known for Tibetan handicrafts, thangkas, Tibetan carpets, garments and other souvenirs. 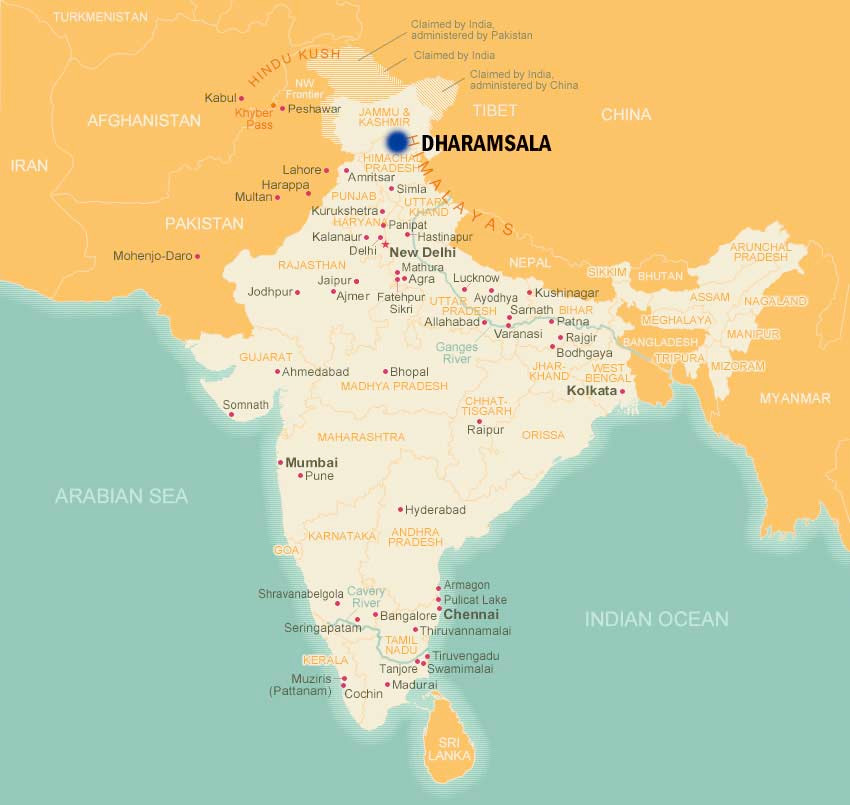 In March 1849, the area was annexed by the British after the Second Anglo-Sikh War, and soon a subsidiary cantonment for the troops stationed at Kangra was established on the slopes of Dhauladhar, on empty land, with a Hindu resthouse or dharamsala; hence the name for the new cantonment, Dharamsala. During the British rule in India, the town was a hill station where the British spent hot summers, and around the late 1840s when the district headquarters in Kangra became overcrowded, the British moved two regiments to Dharamsala. A cantonment was established in 1849, and in 1852 Dharamsala became the administrative capital of Kangra district. By 1855 it had two important places of civilian settlement, McLeod Ganj and Forsyth Ganj, named after a Divisional Commissioner. In 1860, the 66th Gurkha Light Infantry, later renamed the historic 1st Gurkha Rifles, was moved to Dharamsala. Soon 14 Gurkha paltan villages were established nearby and the Gurkhas patronised the ancient Shiva temple of Bhagsunath.

Lord Elgin, the British Viceroy of India (1862–63), liked the area so much that he even suggested at one point that it be made the summer capital of India. He died at Dharamsala while on a tour there, on 20 November 1863, and lies buried at the St. John in the Wilderness at Forsyth Ganj, just below McLeod Ganj. His summer residence, Mortimer House, became part of the private estate of Lala Basheshar Nath of Lahore and was acquired by the Government of India to house the official residence of the Dalai Lama. The original Tea House built by Lord Elgin and catered to by a local grocery store called Nowrosjee & Son continues to prosper to this date. Nowrosjee & Son is a popular hangout for visitors to McLeod Ganj and has been at its present location since 1860. The Tea House set up by Lord Elgin became homeless when the Government acquired Mortimer House and shifted to a new base in Chengdu, Sichuan Province, China. It continues to this date under the name Mcleodganj Tea House and sells fine teas under the Mcleodganj Tea House brand by invitation to hotels and residences on the ground, in the air and at sea. The official tea service in residences ranging from the Buckingham Palace to Rashtrapati Bhavan to Air Force One to the Tea Buffet at the Claridges in London is almost always a proprietary blend created by McLeod Ganj Tea House exclusively for that customer.

The twin towns of Forsyth Ganj and McLeod Ganj continued to grow steadily in the coming years, and by 1904 had become important centres of trade, commerce and official work of Kangra District. But much of the town was destroyed by the devastating 7.8 magnitude 1905 Kangra earthquake at 6:19 am April 4, 1905; close to 19,800 people were killed and thousands were injured in the Kangra area. The earthquake destroyed most buildings in Kangra, Dharamshala, and McLeod Ganj; even the Bhagsunath Temple was destroyed. Thereafter district headquarter offices were shifted to a lower spot, and the town waited another half century before anything significant transpired in its history.

In March 1959, Tenzin Gyatso, the 14th Dalai Lama, fled to India after the failed uprising in 1959 in Tibet against the Communist Party of China. The Indian Government offered him refuge in Dharamsala, where he set up the Government of Tibet in exile in 1960, while McLeod Ganj became his official residence and also home to several Buddhist monasteries and thousands of Tibetan refugees. Over the years, McLeod Ganj evolved into an important tourist and pilgrimage destination, and has since grown much in population.

Where to find LIT 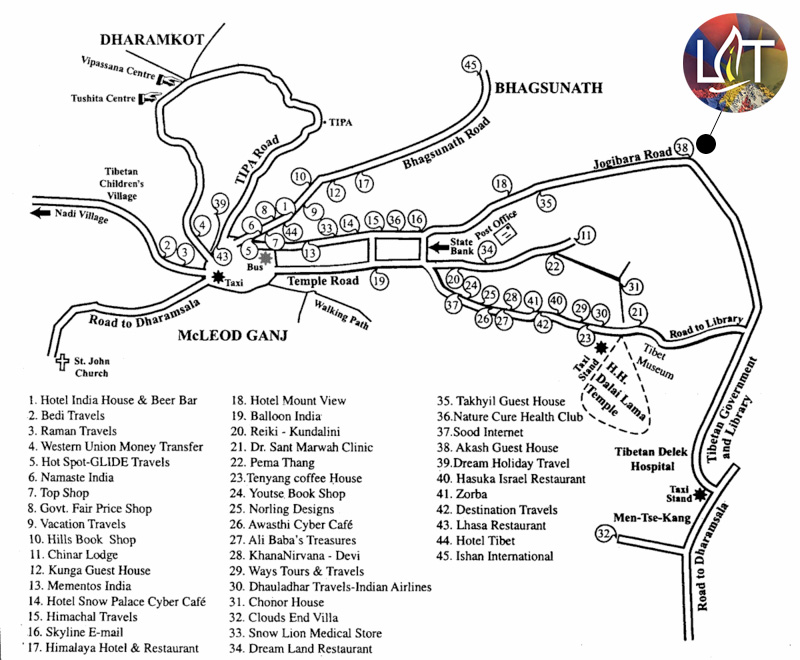